To identify a relation and a function.

An order pair is represented as (input, output) is the relationship between input and output.

The set of all possible values which qualify as inputs to a function is known as the domain of the function, or it can also be defined as the entire set of values possible for independent variables.

The Co-Domain is the set of all possible outcomes of a given relation or function. Sometimes, the codomain is also equal to the range of the function.

What actually comes out of a function? These ranges are also known as permissible outputs. 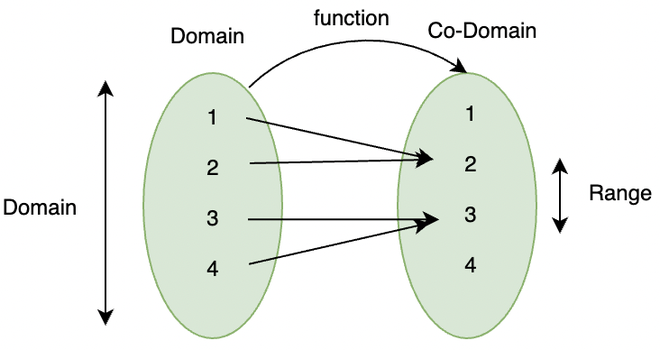