Formula of area of a parallelogram

A vector is a Latin word that means "carrier." Vectors carry a point A. to point B. The length of the line between the two points A and B is called the magnitude of the vector and the direction of the The displacement of point A from point B is called the direction of the vector AB. Vectors are also called Euclidean vectors or spatial vectors. Vectors have many applications in math, physics, and computer science. engineering, and various other fields.

Parallelogram Law of Addition of Vectors:

The law states that if two co-initial vectors act simultaneously are represented by the two adjacent sides of a parallelogram, then the The diagonal of the parallelogram represents the sum of the two vectors, That is, the resultant vector starts from the same initial point. 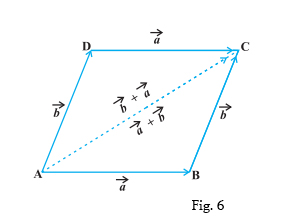 Triangle Law of Addition of Vectors:

The law states that if two sides of a triangle represent the two vectors (both in magnitude and direction) acting simultaneously on a body in the same order, then the third side of the triangle represents the resultant vector. 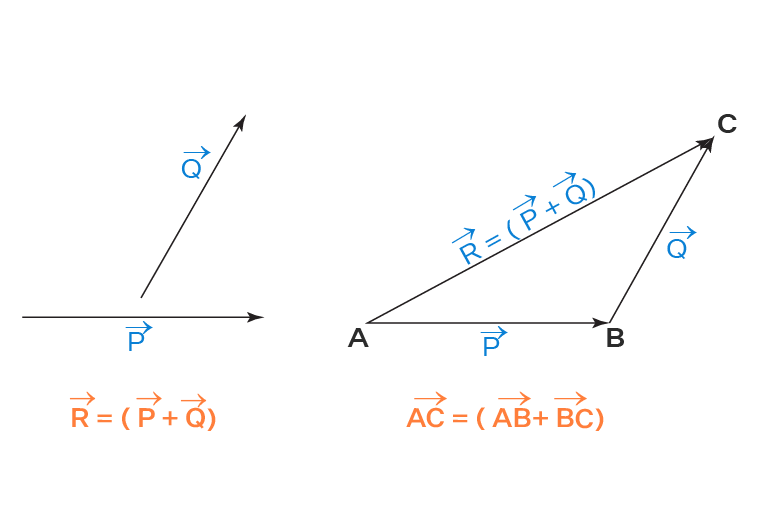