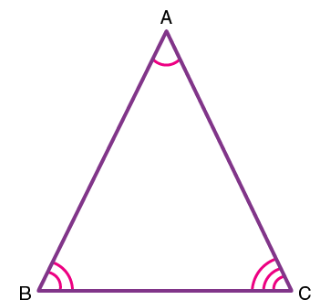 The angle sum property of a triangle is one of the most frequently used properties in geometry. This property is mostly used to calculate unknown angles.

The half of the product of its base and height.