Distributive Law states that, the sum and product remain the same value even when the order of the elements is altered.

Set Theory is a branch of mathematical logic where we learn sets and their properties. A set is a collection of well defined objects or groups of objects.

These objects are often called elements or members of a set. For example, a group of players in a cricket team is a set.

A nonempty set containing a single element is called a singleton set.

A Venn diagram in math is used in logic theory and set theory to show various sets or data and their relationship with each other.

Let us consider the three sets A, B and C. U be the universal set.

See the figure below to view all the relation of LHS and RHS. 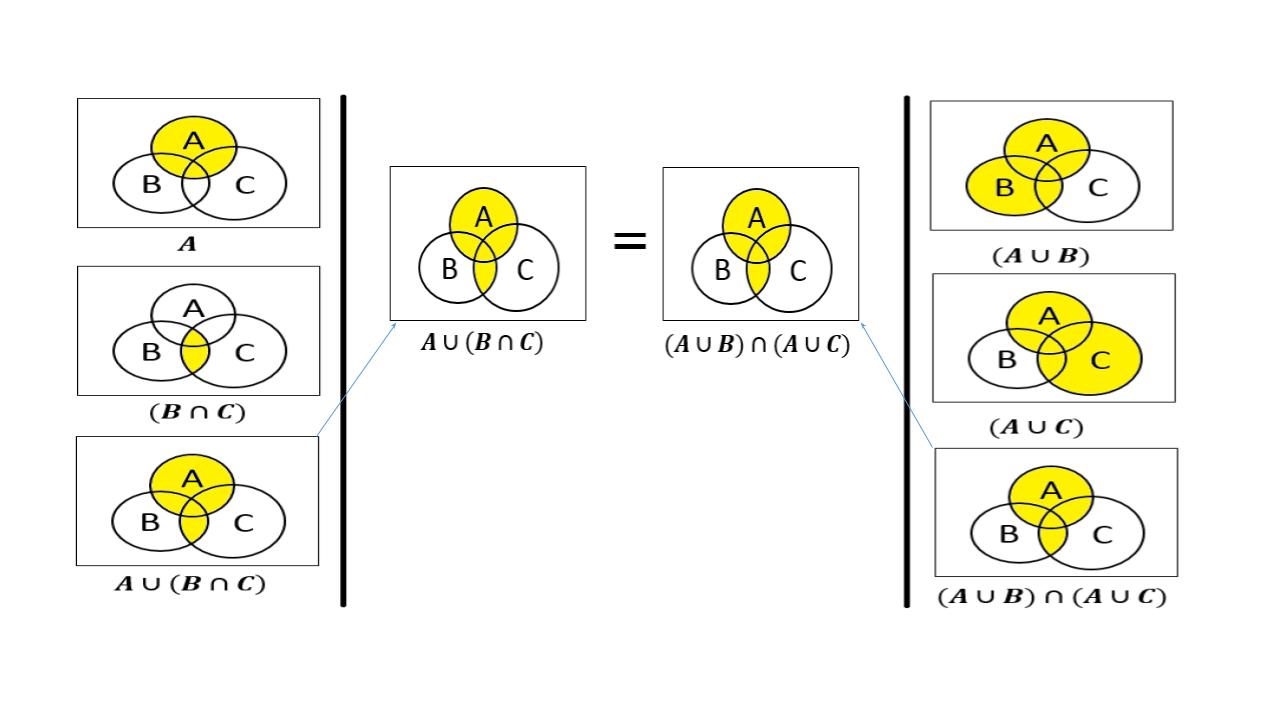