To show that the figure obtained by joining the mid-points of consecutive sides of the quadrilateral is a parallelogram.

In quadrilateral ABCD points P, Q, R, S are midpoints of side AB, BC, CD and AD respectively. 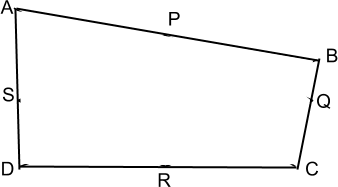 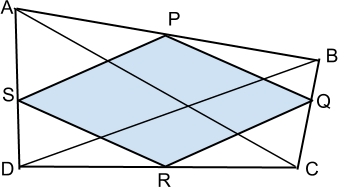