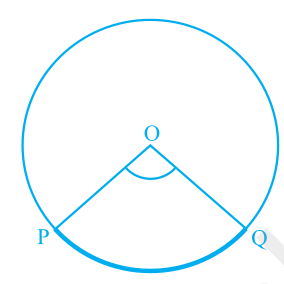 The following is a recap of terms that are regularly used when referring to circles.

Arc: An arc is a part of the circumference of a circle.

Chord: A chord is a straight line joining the ends of an arc.

Radius: A radius, r, is any straight line from the centre of the circle to a point on the circumference.

Segment: A segment is the part of the circle that is cut off by a chord. A chord divides a circle into two segments.

Angle Subtended: In geometry, an angle subtended by an arc, line, or other curve is one whose two rays pass through the endpoints of the arc.